I Have Arrived in Sikkim! 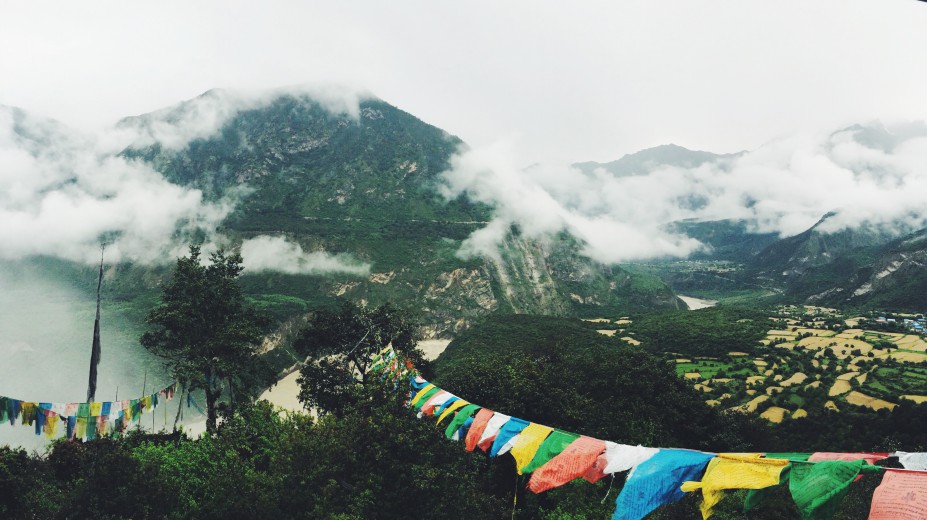 I have arrived in Sikkim!  Greetings from the Himalayan mountains!

I found that the internet modem doesn’t work on my laptop, perhaps because it is not configured for Apple products.  Therefore, I have been borrowing my host family’s computer, which works just fine but I’m unable to figure out how to upload pictures from my camera.  I will have to post pictures once I get wireless access again.

It is four in the morning on Friday and I arrived here on Wednesday evening.  It was a short flight from New Delhi to Bagdogra airport on Wednesday afternoon. The airport is very small with one building. You depart and arrive in the one and only gate.  The town of Bagdogra is still part of mainland India.  The cows are wandering in the middle of bustling traffic. The beggars are walking from car to car and the smells are the same.  Still, I love it here and welcome all the imploding cultural infusions of the five senses.

Sanjeeb Garung is my guide. He and his family have become my family even in such a short period of time. Sanjeeb was waiting there at the airport for me.  I had been worried that I wouldn’t know how to find him but I needn’t have worried as he knew how to find me.  Although he had driven four hours to come get me, he was just as happy to turn around and drive the five hours back.

The days are short here.  We ate a bit of food, curried lentils and paneer cheese with rotis, flatbreads.  Once we finished, it was 5pm and the sun was already starting to set. It took us  five hours of driving to get to Sanjeeb’s home, which is in Gangtok, the capital of Sikkim.

We drove through the darkness and it was like my son Tenzin’s video game of car racing.  Literally, we were driving around sharp curves for over five hours. One side with mountain wall loomed up and the other side dropped down into what could not be seen, apart from occasional glimpses of a river far below. On top of that, Sanjeeb was weaving in and out of traffic. Very impressive, I have to admit.

Halfway through we had left mainland India and entered Sikkim.  We had to stop at the border to get a permit to enter the state and get my passport stamped.

We arrived in the evening around 10 o’clock.  That night I had my first deep sleep and awoke only once for an hour.

It is so different here.  Even though the population of Gangtok is around 100,000 people and much like a little city, the nights are quiet.  The air is crisp and cool, as the city itself is carved into the mountainside. The streets and walkways are very steep.  I feel a bit like a mountain goat, or perhaps my own fantasized version of what a sherpa would feel like, wandering the mountain tops.

I spent the day yesterday with Sanjeeb wandering through the city.  It is marvellous here.  There are little shops all along the streets and the walkways are well-maintained. Immediately, I feel like a part of the culture. The people look a bit like me, perhaps because of my Mongolian ancestry through my Korean nationality.  It was amazing to me to look around and see people who look like me.  You can see the Tibetan, Nepalese, and Bhutanese melting pot here amidst the Sikkimese.  There are restaurants touting such cuisines, and shops selling wares from there, as well as proudly displaying local artisans crafts.  It is the predominant feeling of Buddhism and Sikkim’s national pride.  There are very few foreigners here. I think I only counted about three caucasians throughout my whole day.

There are number of things I have learned in one day:

I think this is more than enough to blog about in one post.  I have a lot more to share and will write it later today after I have processed my thoughts a bit.

I will end with a very touching note.  Last night, Sanjeeb showed me the messages that Ming Liu had sent him about my coming.  This happened right before Ming Liu died in late April, when he wrote to say that he did not have much time, and wouldn’t be coming.  He told Sanjeeb about me and told him to take good care of me when I came.  I almost cried because it was as if Ming were still watching over us.  He had the foresight to look ahead and make connections when he could.  It is because of these messages that my path has been forged and set before me.  Thank you, Ming. It is clear that you are not forgotten and are still dearly loved.

My heart has been made wider and my eyes are clearer.  Life is truly beautiful.  It cannot be measured by material things, but by the love we share.